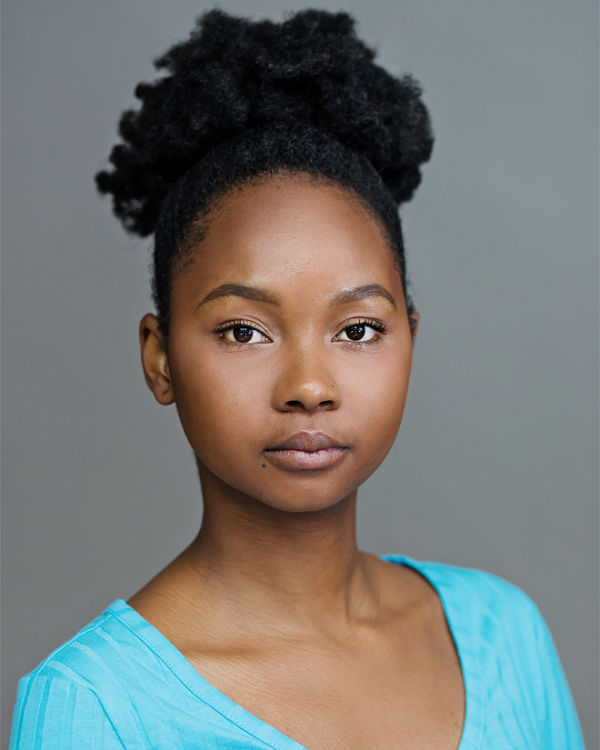 Originally from Botswana in Southern Africa, Abigail lives in Dublin and is 5′ 8″ (173cm) tall.

Her screen credits include multiple characters in the second series of RTE Television’s “BLASTS FROM THE PAST” (post-production) directed by Hugh Farrelly and produced by Wesley O’Duinn, ‘Acolyte’ in season 1 of the Apple TV+ original drama “FOUNDATION”, and the film “HOW TO TELL A SECRET” (DIFF) directed by Shaun Dunne and Anna Rogers. Abigail was one of the six young people who featured in John Connor’s Acting Academy which broadcast on RTE 2 Television.

Theatre wise Abigail read for ‘AISHA’ in a rehearsed reading of Niall James Holohan’s play “WHAT NOW?” as part of the New Writing Development Week in The New Theatre in Dublin’s Templebar. Her other theatre credits include “THE BED” a bold exploration of homelessness, life, safety, exile, incarnation, and the reality of life in Direct Provision which Abigail has first-hand experience of over several years.  It is self-written and produced by a group of young creators in collaboration with Sligo’s Hawk’s Well Theatre where she also performed in Broken Talkers staging of “UPROOTED” as part of Sligo’s Cairde Festival