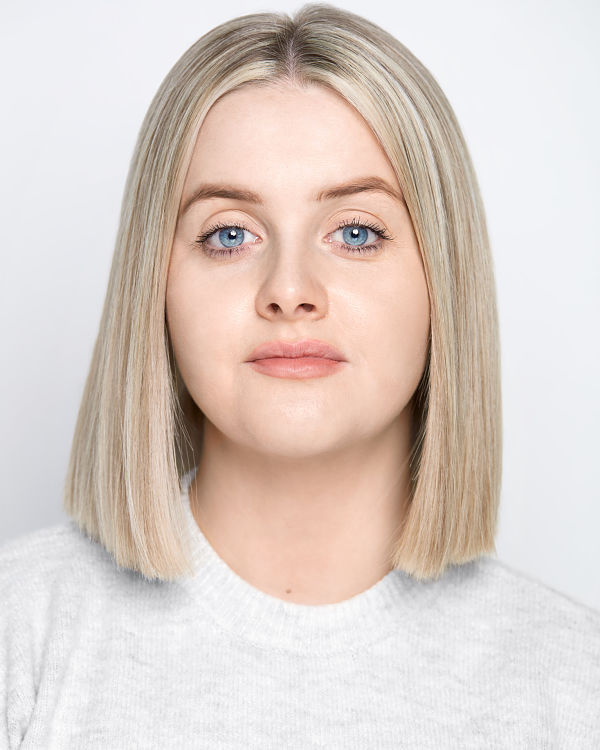 She plays ‘Cathleen’ in the film adaptation based on the play “LONG DAYS JOURNEY INTO NIGHT” (post-production) by Eugene O’Neill. Directed by Jonathan Kent and filmed in County Wicklow, Ireland the film stars Jessica Lange, Ed Harris, Ben Foster and Colin Morgan.

Most recent theatre credits include a public reading (and livestream) of NIGHT SHIFT by Rosaleen McDonagh in the Mick Lally Theatre, Galway, the Abbey Theatre’s staging of “WALLS AND WINDOWS” (‘Kayleigh’) another play written by Rosaleen McDonagh directed by Jason Byrne, and Dermot Bolger’s one-woman play “THE MESSENGER” which was directed by Mark O’Brien before he moved from Axis to The Abbey.